After a lengthy hiatus over the summer due to our house move, the second fiddle yard has now caught up with the first. The design is similar but not a mirror image. For one thing, there will be only a single approach track at this end.

The first photo shows the general arrangement, with some Farish Mk 1 coaches to give an idea of scale. Four of the six rollers can be seen. 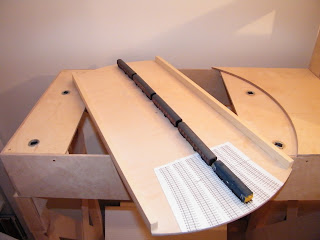 The second photo from underneath shows a lesson learnt from the first fiddle yard: use diagonal bracing for simpler construction and greater strength! 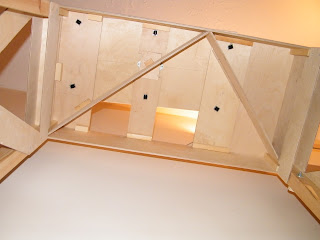 The layout in its entirety, assembled for the first time in the new railway room: 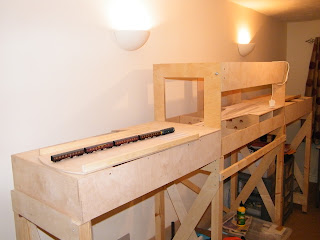 Posted by Anthony Yeates at 16:22 No comments: